so i went to a girls night event last night with kirsty a our pal Vicki was selling some of her custom made jewellery, it was in the electric bar and was a really good wee night, we had a look at the other stalls and got some bits and bobs of what everyone was selling got some food and drink and had some chat.

There was also a raffle stall so i bought some raffles, as i usually have pretty good luck with the raffles, and there was one prize i had to get for my mum....

this is it  -  its a flying saucer sweetie tree, my mum's face lit up when i brought it in haha. 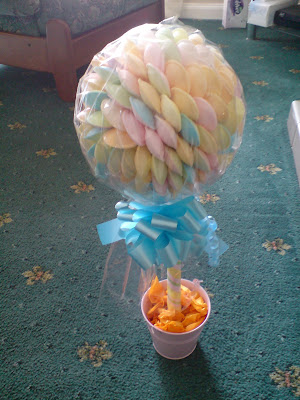 it's really pretty though, and it looks alomost too good to eat but not my mum haha.

here she is with her tree :) pleased as punch!! 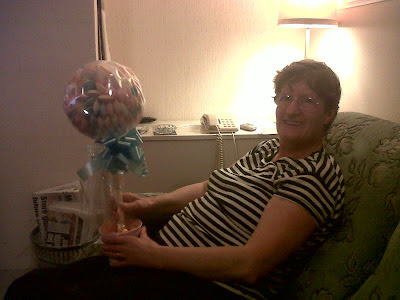 i also won a free voucher for a massage which i'll probably get round to using at some point but if not im going to take kirsty before she hits uni for a hard year :)